Welton vs State of Arizona Hearing 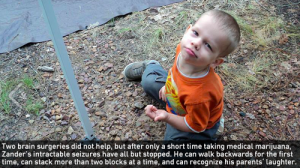 Welton vs State of Arizona Hearing

“The American Civil Liberties Union and the ACLU of Arizona filed a lawsuit to protect five-year-old Zander Welton’s parents from criminal prosecution for giving him a medical marijuana extract in the form of an oil. Zander has severe epilepsy and has suffered from debilitating seizures for most of his life. The oil containing the marijuana extract, in combination with dried marijuana, had reduced Zander’s seizures dramatically, resulting in an unprecedented period of sustained relief.”
-aclu.org

We need help to continue to do what we do. Funding from good people like you helps us to keep the pressure on where it’s needed. Your contributions are critical.